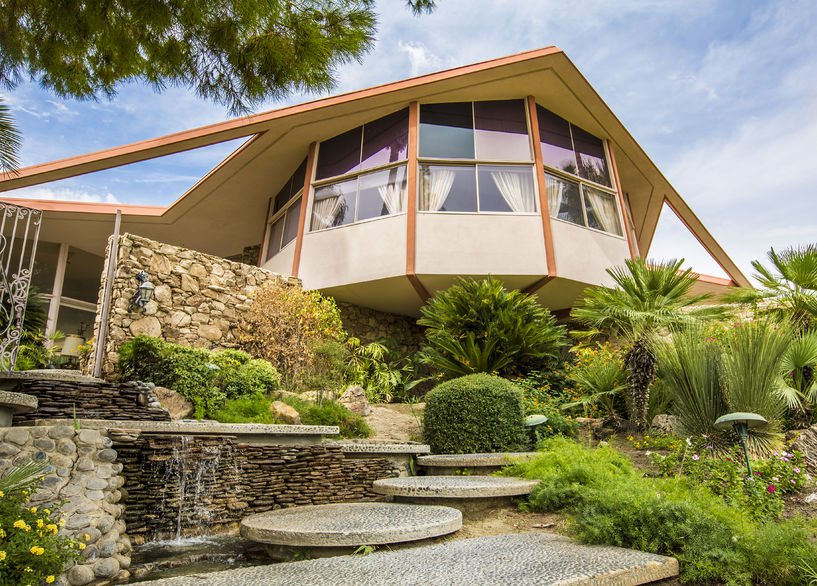 The House of Tomorrow in Palm Springs

Palm Springs is home to the US’s largest amount of these types of homes. Architects came there because of the beautiful and dramatic surroundings, creating commercial, residential, schools, and cultural buildings.

Some of the developers and architects during the era were John Lautner, Richard Neutra, William Cody, Walter White, and Albert Frey. There are many exceptional mid-century houses that residents and visitors can tour and enjoy during a popular festival called Modernism Week.

There are many strong roots of mid-century mod architecture in Phoenix that go all the way back to the early part of the 20th century. That is when Frank Lloyd Wright brought his school and revolutionized Scottsdale. .

Architects like Blaine Drake, Ralph Haver, and Al Beadle gave Phoenix a large and rich amount of beautiful and stunning architecture. The homes found in Phoenix incorporate parts of the Bauhaus and International styles. These styles both were influenced heavily by the popular Scandinavian design and they reflected the way that Wright used natural, organic shapes.

Washington is another great place to find mid-century mod architecture, most of which you can find in the southwest. A very well-known architect named Charles Goodwin is found all over, along with Chloethiel Woodward Smith. You can find many of Goodman’s examples in Hollin Hills.

If you want to see work of Smith’s, go to Harbour Square and the townhomes in Hickory Cluster.

After WWII, Austin had a huge population boom and has a decent selection of architecture of this type. There are tract residences built by a lot of companies that specialize in housing developments, along with those designed by architects, which were built in the style.

Some of the architects that have work in Austin are Charles Granger, Arthur Fehr, and Louis C. Page, Jr.

A lot of the modern homes in Denver have roots in Frank Lloyd Wright’s work along with notable architects such as Joseph Eichler and Cliff May. The best example of mid-century mod architecture is Denver’s Arapahoe Acres. This is found in Englewood and it there were over 124 homes that were developed from 1949-1957 by Edward Hawkins. Colorado’s only homes by Cliff May are found the area called Harvey Park and it’s among the biggest group of homes by Cliff May outside California.

A lot of other examples can be found in the Denver area, including in the Cherry Creek, Hilltop, Montclair, and Virginia Village neighborhoods.

These are some of the places that you can visit to see mid-century modern homes and buildings. If you are planning a vacation and you want to see some of this architecture, these five places are the ones to go to.