The following article was contributed by Jim Hughes and first appeared in his excellent blog, found here: https://codex99.com/archive.html. 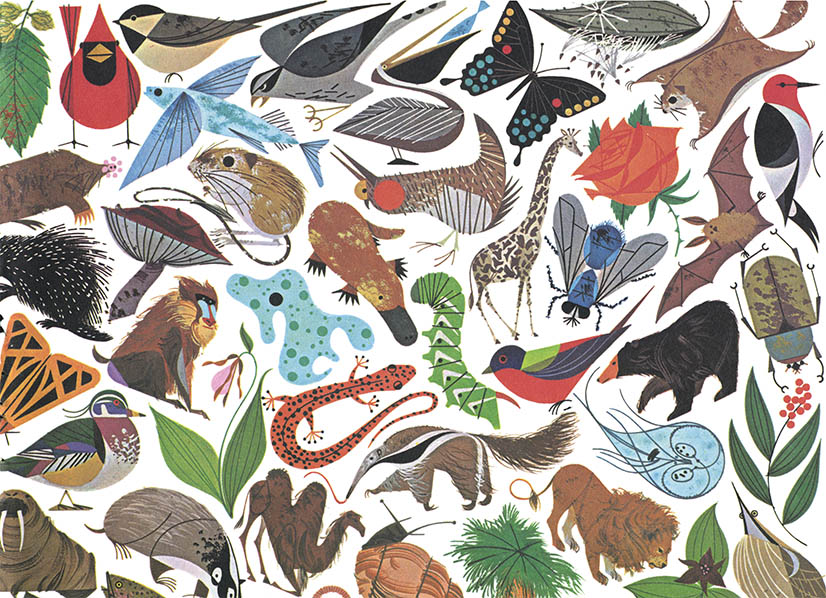 The Golden Book of Biology

Charley Harper as Illustrator: the 1960s, part I

By the 1960s Charley was one busy commercial artist; he was doing ad campaigns for Libbys Pineapple1 and Morton Salt, continuing his work for the various Ford publications, and began a major commission for Western Publishing – the Giant Golden Book of Biology. 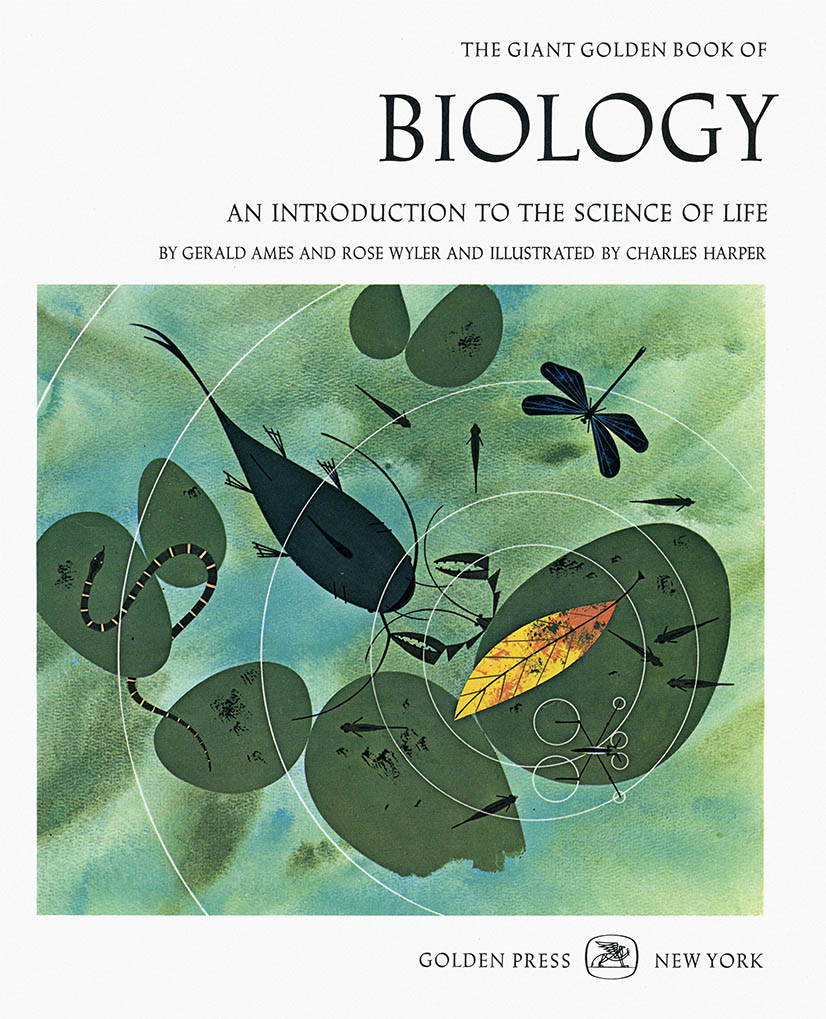 The book, published in 1961 at the dawn of the New Frontier, was a roughly middle-school level introduction to biology. The 99-page text included hundreds of individual gauche paintings and was by far Charley’s largest commission to date. In addition to his signature nature scenes, Charley illustrated anatomy, cell biology, ecology, evolution, genetics, histology, the history of science, microbiology, physiology, even astrophysics. Here is the TOC to give you an idea: 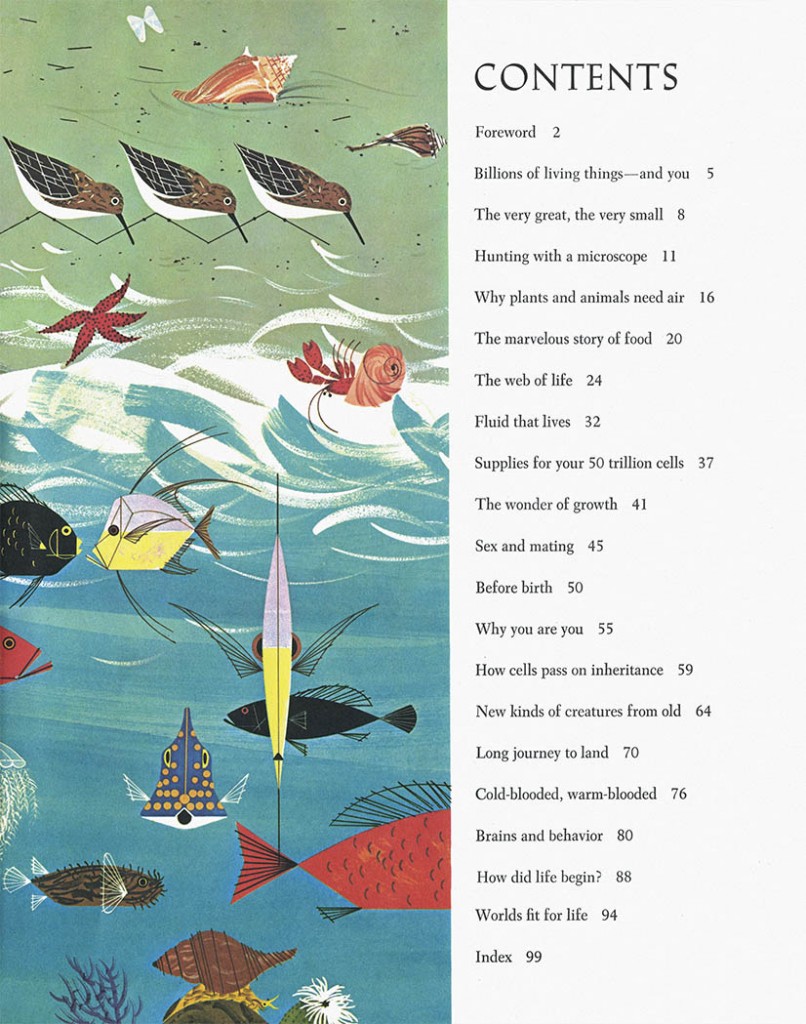 Any illustration in the book is worth showing here – even the most scientific and diagrammatic ones. Here is a small and somewhat representative sample: 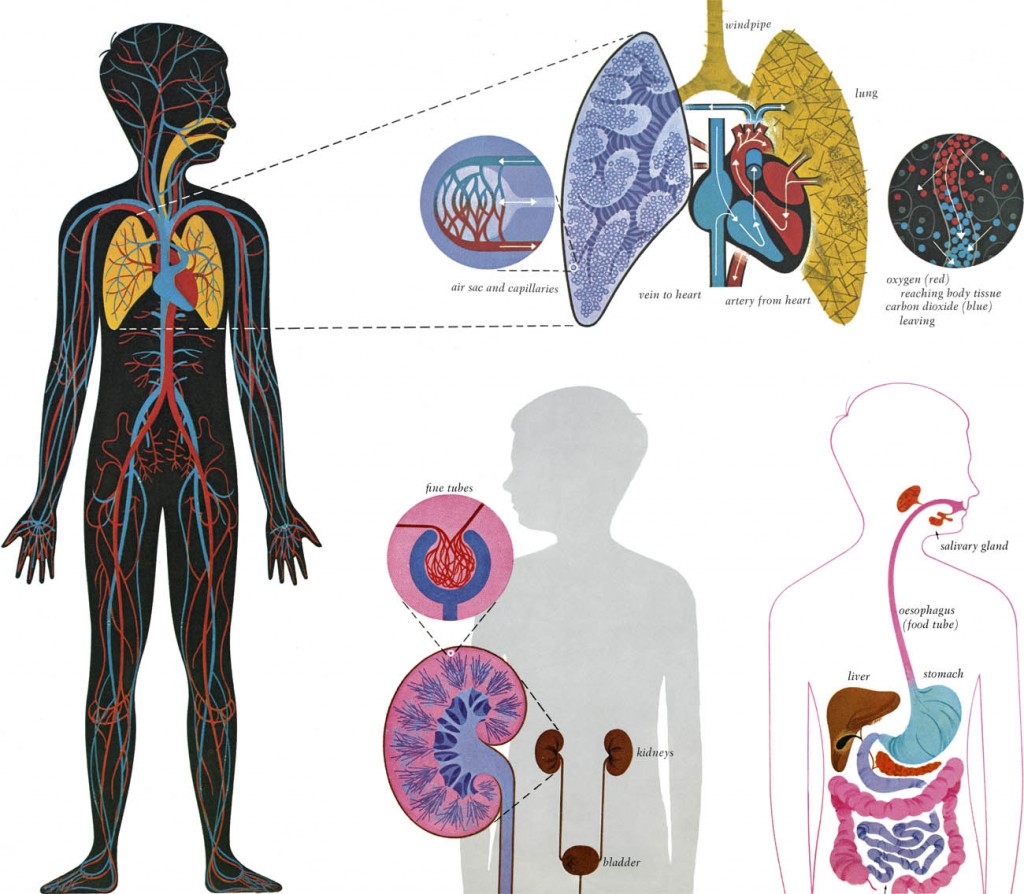 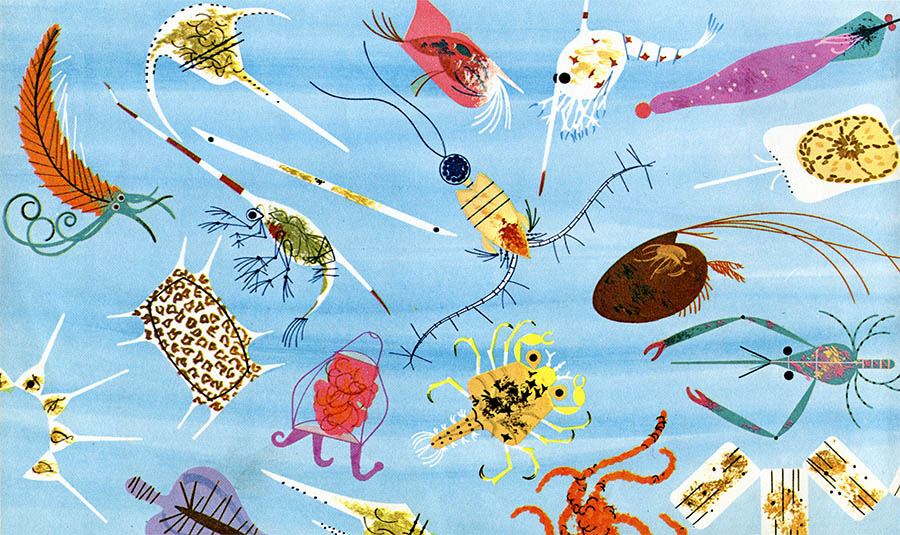 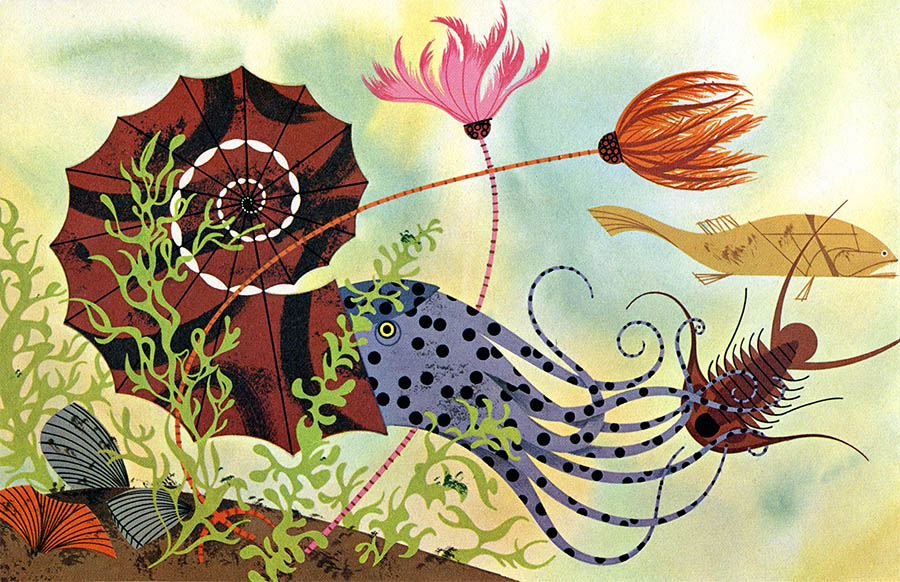 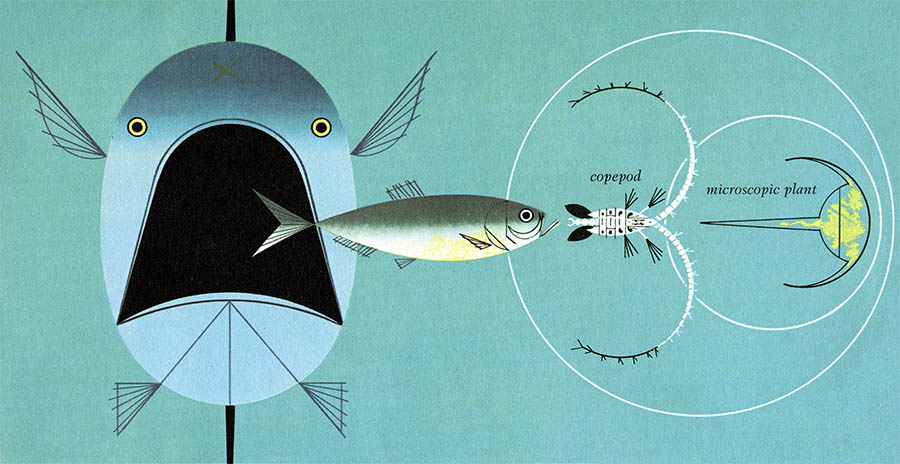 Harper and the Sea 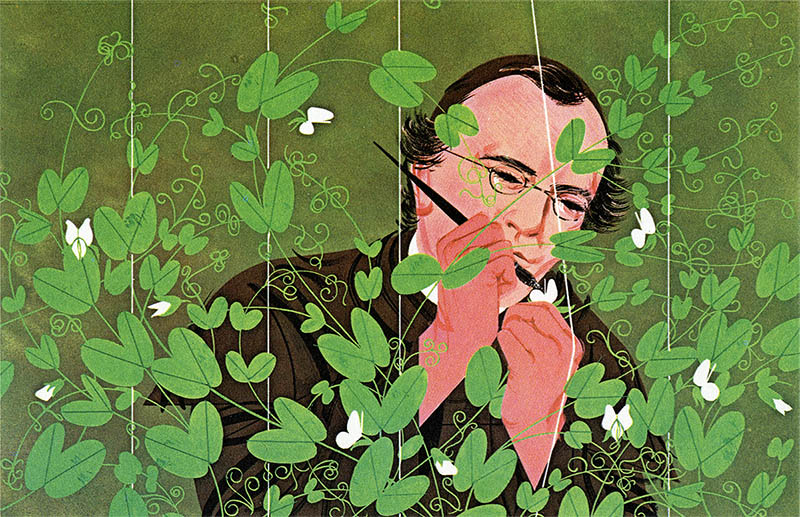 Charley admitted that he had to learn the subject while he was doing the illustrations, after all, he was an artist, not a scientist. The result, however, was a masterpiece – the quintessential mid-century children’s science text. It is widely seen as his magnum illustratus and has been widely influential to two generations of illustrators and designers. Todd Oldham described it as “…one of my favorite things I’ve ever had in my life,” and the illustrator Jacob Weinstein as “the world’s most attractive textbook.” 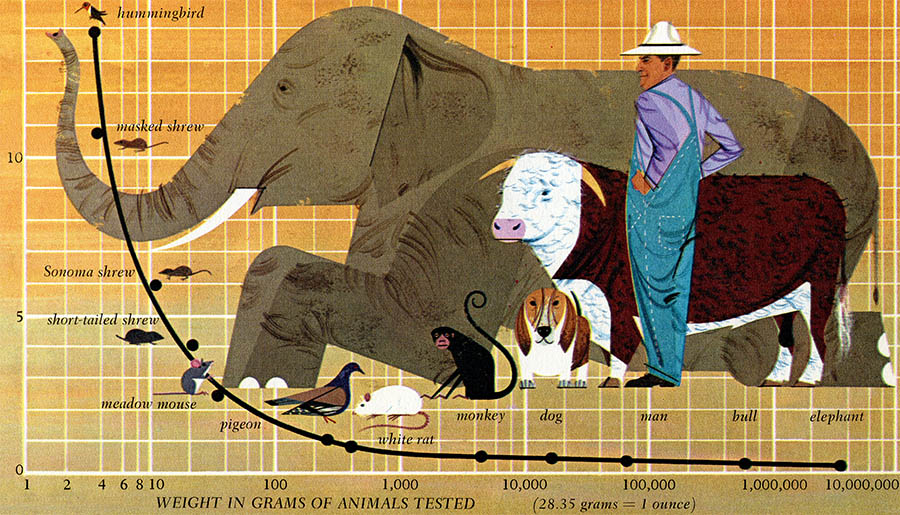 Oxygen requirement vs. weight. Perhaps the best semi-log table ever. 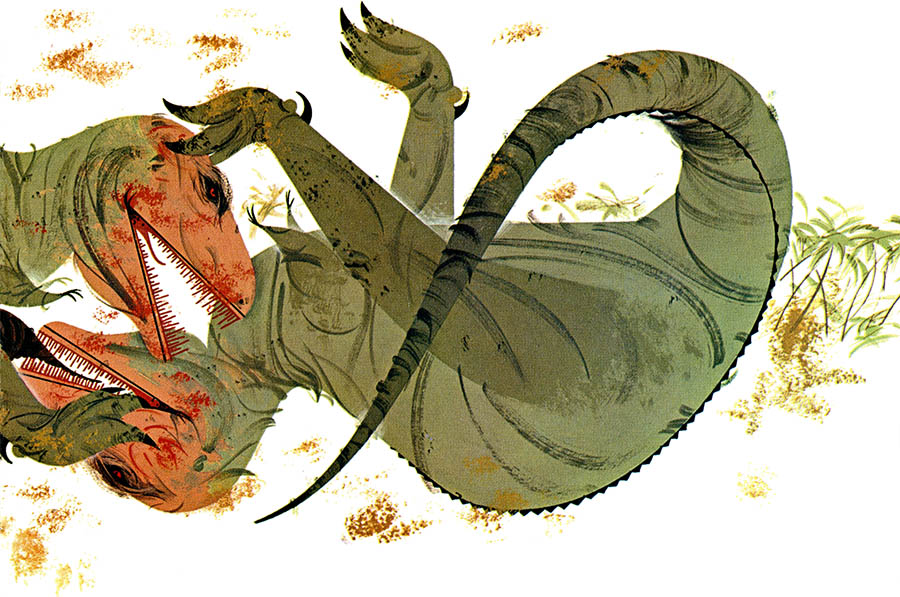 Detail, Battle of the Tyrant Kings 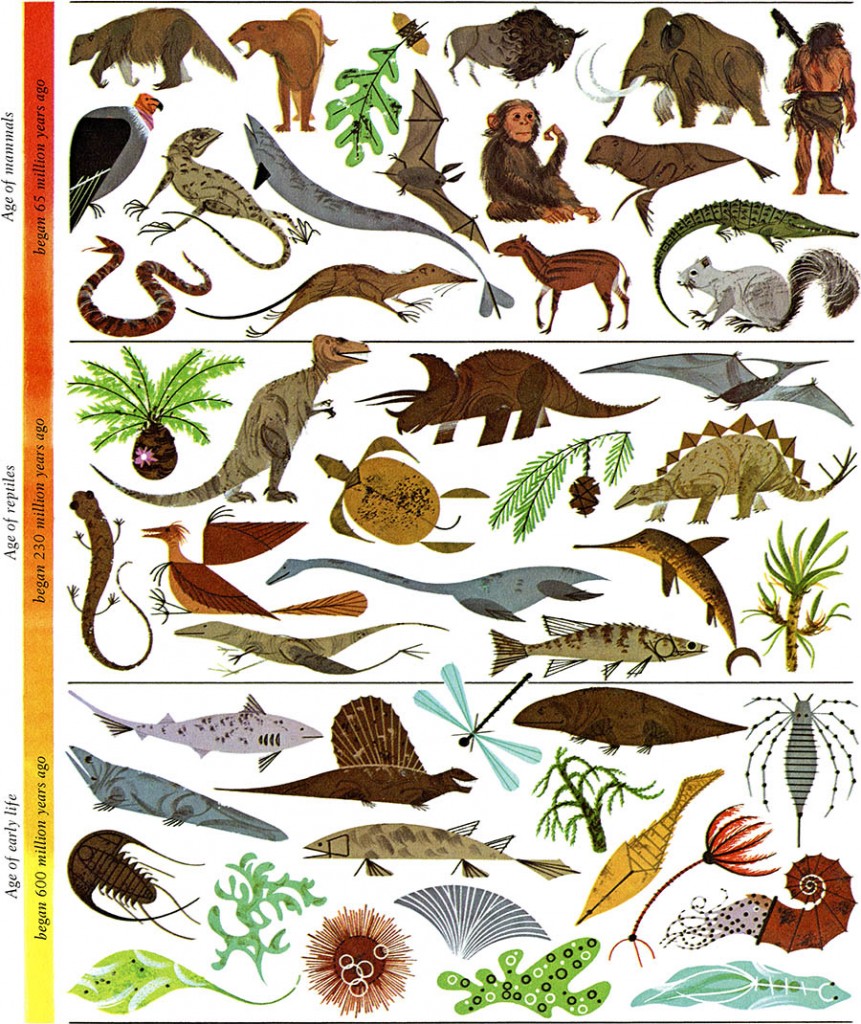 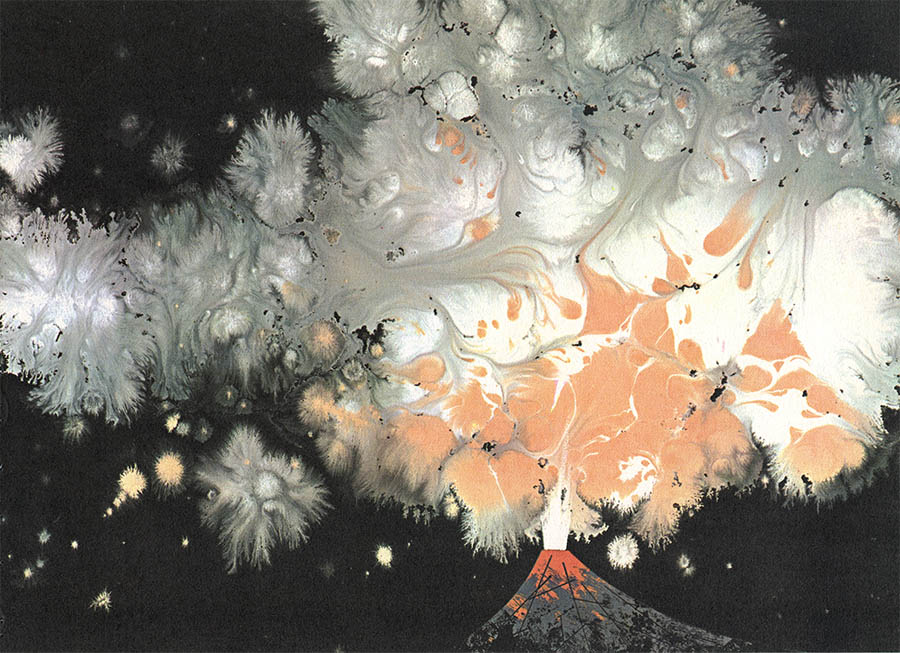 1. Libbys Deep-Minted Pineapple, to be exact. Whatever that is. Sounds like a future menu item for Alinea, or maybe elBulli. 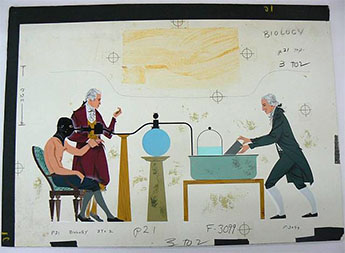 We also suggest CHARLEY HARPER An Illustrated Life or CHARLEY HARPER An Illustrated Life by Todd Oldham Mini Edition which showcases his illustrations that appeared in Ford Times magazines, as well as in books such as the beloved, “The Giant Golden Book of Biology” in 1961, “Betty Crocker’s Dinner for Two” in 1961, and “The Animal Kingdom” in 1968, among many others.