The following article was contributed by Jim Hughes and first appeared in his excellent blog, found here: https://codex99.com/archive.html

In the early 1950s Charley began what would be a long association with Western Publishing as a freelance illustrater. His earliest book illustrations were, perhaps not surprisingly, for Ford Times anthologies and compilations, such as the Ford Treasury of Favorite Recipes (1950, 1954, et.al.),1 the Ford Treasury of the Outdoors (1952),2 and the Ford Almanac. Later he illustrated Philip Van Doren Stern’s Tin Lizzie3 and Betty Crocker’s Dinner for Two.4

Charley was already illustrating for Ford, with the same publisher, and after his Ford Times series “Horseless Carriage Adventures,” clearly know how to draw an antique car, so the choice of him as illustrator for Tin Lizzie was a perfect fit. On the other hand, the book was already extensively illustrated with materials from the Ford archives and Charleys’ work seems like an afterthought.

Aside from the dust jacket and endpapers the rest of the book was done in spot-color. These spot-color illustrations, which have been described as “lyrical,” were much looser and more informal than Charley’s previous work. They show a rather unique sense of humor, a completely novel sense of movement, and stand as a wonderful interpretation of the subject matter.

Betty Crocker’s Dinner for Two Cookbook, published in 1958, was completely illustrated by Harper – 157 illustrations over 207 pages (yeah, I counted them). The style and tone of his spot-color work, while very similar to Tin Lizzie, was used here to even greater effect, and the result was nothing less than absolutely pitch-perfect: an early Harper masterpiece.

1. Kennedy, Nancy (ed). Ford Treasury of Favorite Recipes From Famous Eating Places, vol. 2. New York: Simon and Schuster, 1954. There were several editions of this book between 1950–1968, with various permutations of Harper covers and interior illustrations. You will need to work all of this out for yourself. Here are two examples courtesy of Glen Mullaly: 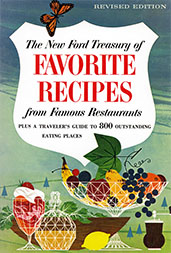 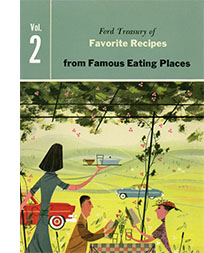 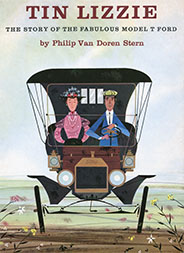 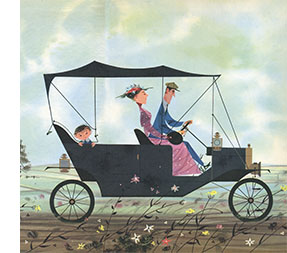