ArtWorks is a Cincinnati-based, nonprofit organization dedicated to impacting the community through art. Through public art displays, art therapy and entrepreneurialism, ArtWorks employs and trains local talent within the Cincinnati area. As a part of its Public Art program, murals are designed and painted on building walls within the city. In 2012, ArtWorks constructed a mural in memory of the work of Charley Harper. 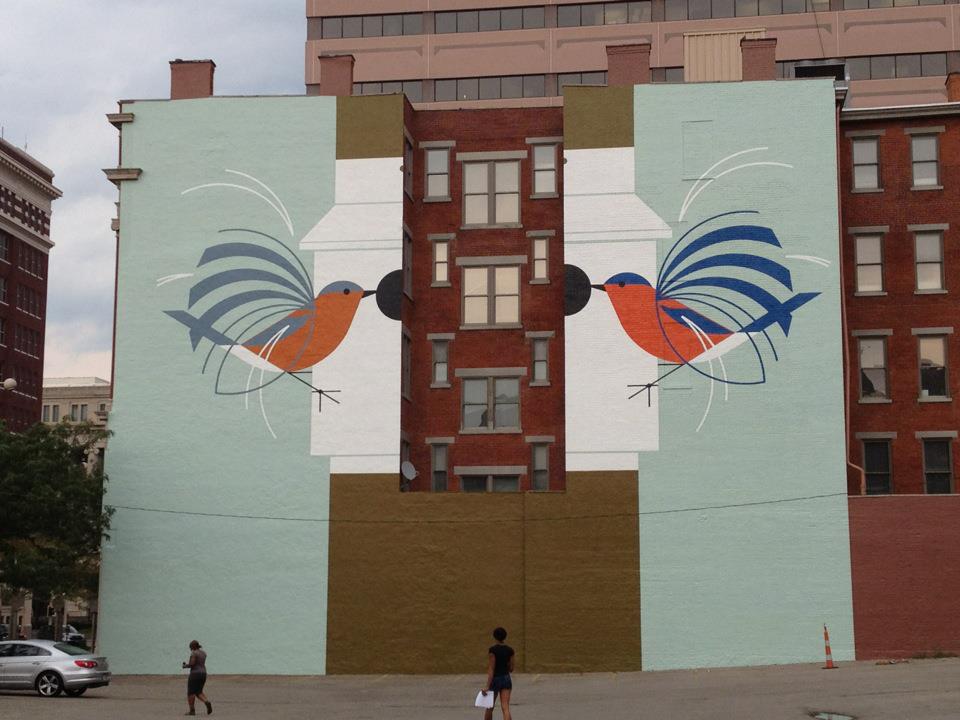 A huge 4,700 square foot building side is covered by a visual based on the painting “Homecoming (Bluebirds)” by Charley Harper. Two beautifully geometrical bluebirds are painted hovering on either side of a birdhouse, echoing the image painted by Harper. The image is split onto two parts with building windows peeking in between.

ArtWorks has now created 67 murals in the Cinci area since 1996. Other creative public display projects of ArtWorks include:

Harper impacted the art world with his unique approach to the illustration of nature. His animal portraits are geometrical and flat, yet remain recognizable through a minimalist use of realistic colors and shapes. . Using pattern and simplified shape, Harper created impactful and memorable images.

The beauty of Harper’s simplicity and color is captivating in its large-scale rendition. Peaceful and serene, the bluebird painting is wonderfully replicated in an impressive scale. The mural was planned and constructed as part of a project to add beauty and creatively transform the city.