The following post was originally published in 2014 in Geoff Manaugh’s BLDBLOG and reprinted here, with permission. 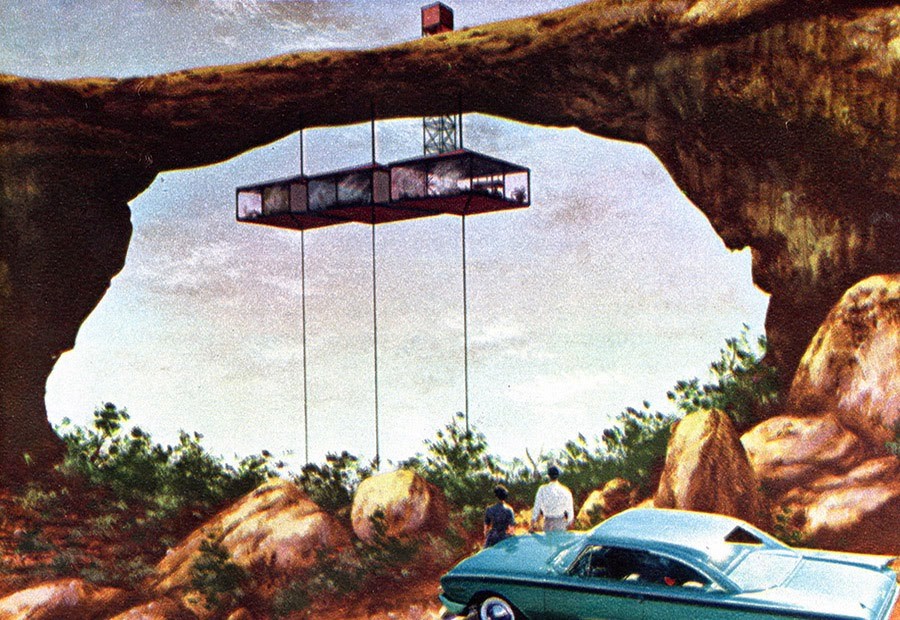 These are so-called “fantasy houses” by artist Charley Harper, originally published in, as far as I can tell, the November 1959 issue of Ford Times, exactly 55 years ago.
To use an ungainly compound analogy, these look like what might have happened if Syd Mead had studied with Frank Lloyd Wright, or as if we’re glimpsing a kind of prairie modernism timidly trying on the garb of science fiction.

Minimalist cubes are suspended on cables from vast geological forms and glass houses pop up unexpectedly in the deepest recesses of American show caves.

Elsewhere, extraordinary cantilevers stretch like the prows of exotic ships over postcard-ready landmarks, and the whole series has the feel of a rather wholesome advertising campaign for the National Park service—complete with conspicuously well-placed Ford automobiles reminding you that the future is only one or two rest stops away. 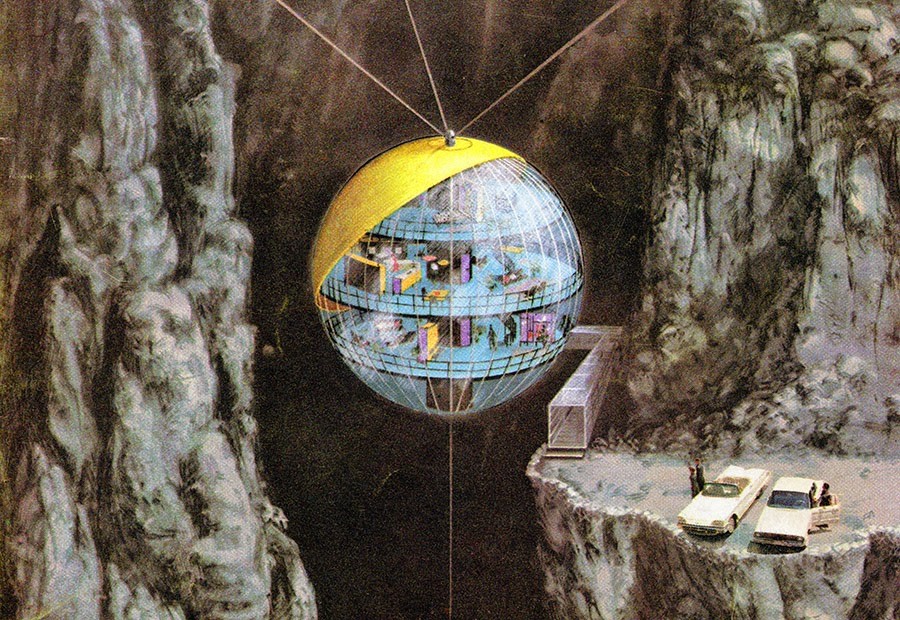 I don’t have much further information about these images, to be honest—other than to point out that they fulfilled the role of a kind of pop-speculative domestic architecture from the near-future for an earlier generation of media consumers—but click through to the Charley Harper website to see more of his work, or consider picking up a copy of the Charley Harper coffee table book for the holidays. 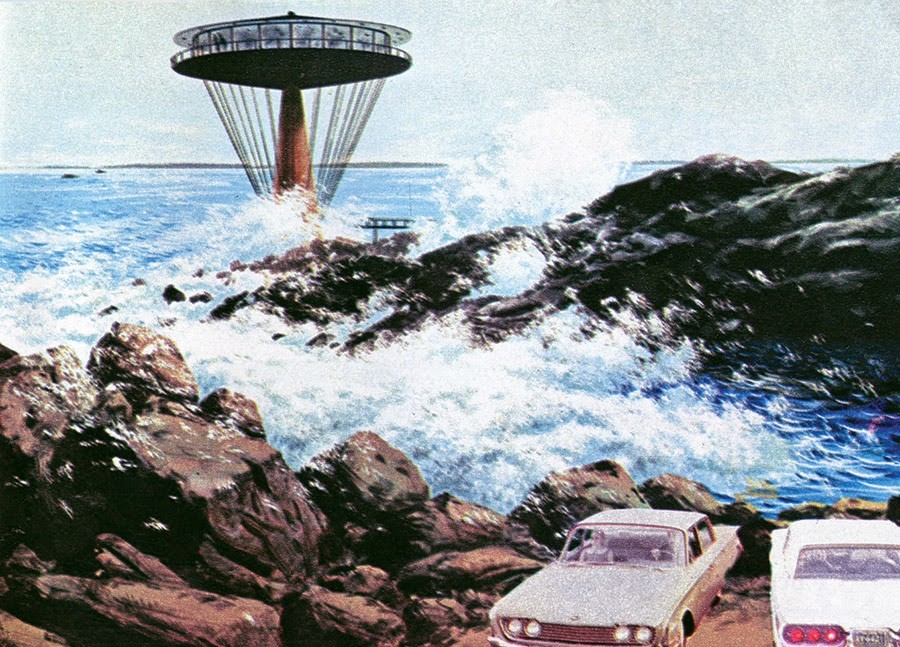 Harper—who sadly passed away back in 2007—remains more widely known for his stylized animals and landscape scenes, but these uncharacteristic stabs at architectural futurism are worth a passing glance in any survey of 20th-century speculative work.