Mid-century modern (MCM) design is making a strong revival, and Charley Harper’s work is the perfect complement to that style.  Indeed, MCM architecture is often hailed as art, as much as architecture, today.

To understand why these two are such a great fit, we examine the core elements of MCM and discuss them in the context of Charley’s art.

What is Mid-Century Design?

First, let’s discuss MCM, to understand its essence, and what features make it so distinctive and attractive.   Mid-century Modern design is a refinement of the Modernism movement, which began in the late 19th century.

For the two decades following World War II, this (MCM) style flourished, as new design ideas and materials were leveraged to create a new ‘modern’ look, in residential architecture, furniture and decorative arts.

These design ideas grew out of the International and Bauhaus movements led by such famous designers as Gropius, Le Corbusier and Mies van der Rohe.  The Bauhaus school, founded in 1919 emphasized functionality in design.  And, the International style integrated ‘industrial’ materials, such as concrete, steel and glass to create open and geometric spaces.

In the U.S., famous modernist architects included Ray and Charles Eames, Frank Lloyd Wright and Joseph Eichler.  During this mid-20th century period there was also a strong Scandinavian influence on design.

Mid-century modernism, applied to residential design, incorporated these features to create living spaces intended to enhance the lives of their residents.

“Mid-century modern homes are characterized by their sleek lines, angular appearance, flat or gently sloping rooflines, and walls of glass. Construction often included a steel framed structure, extensive use of glass, concrete floors, as well as the use of plain masonry products. Ornate, decorative elements in these homes were rare as minimalism was the predominant design rule. Interior living spaces were typically large, and the partitioning of rooms was minimal compared to traditional homes in that spaces were often divided by half-walls or screens.

A major design aim in mid-century modern homes was to create openness to nature and the outside world. Even traditionally private, intimate spaces such as bedrooms and even bathrooms were often opened to the outside with floor to ceiling windows. Furnishings such as furniture, art, and appliances were also minimalist in style, with a focus on functionality rather than elaborate decorative qualities. 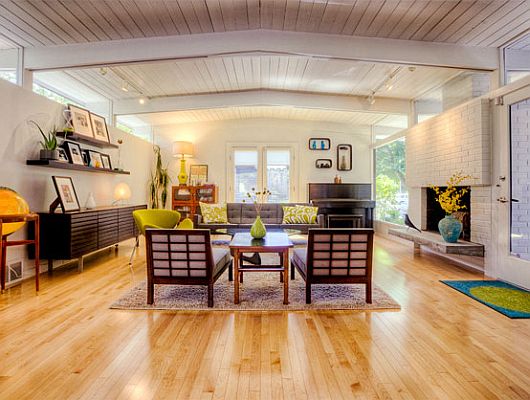 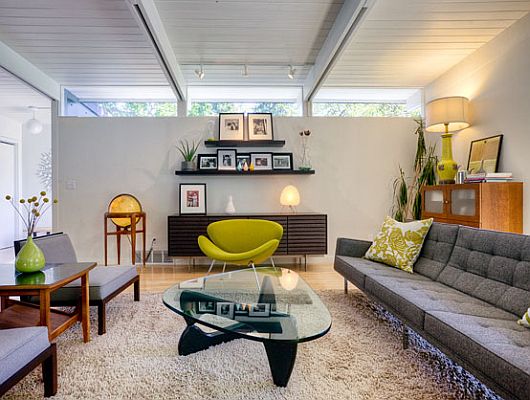 So, the key elements of MCM design included sleek angular features with a minimalist look and openness to nature.   The idea was to ‘bring nature indoors’, typically through siting of the home, and through the use of large sheets of glass as exterior walls.  Art accents extend and enhance implementation of that concept

Beyond the structure of the home itself, MCM design extended to furniture and decorative arts.

“Furnishings such as furniture, art, and appliances were also minimalist in style, with a focus on functionality rather than elaborate decorative qualities.”2 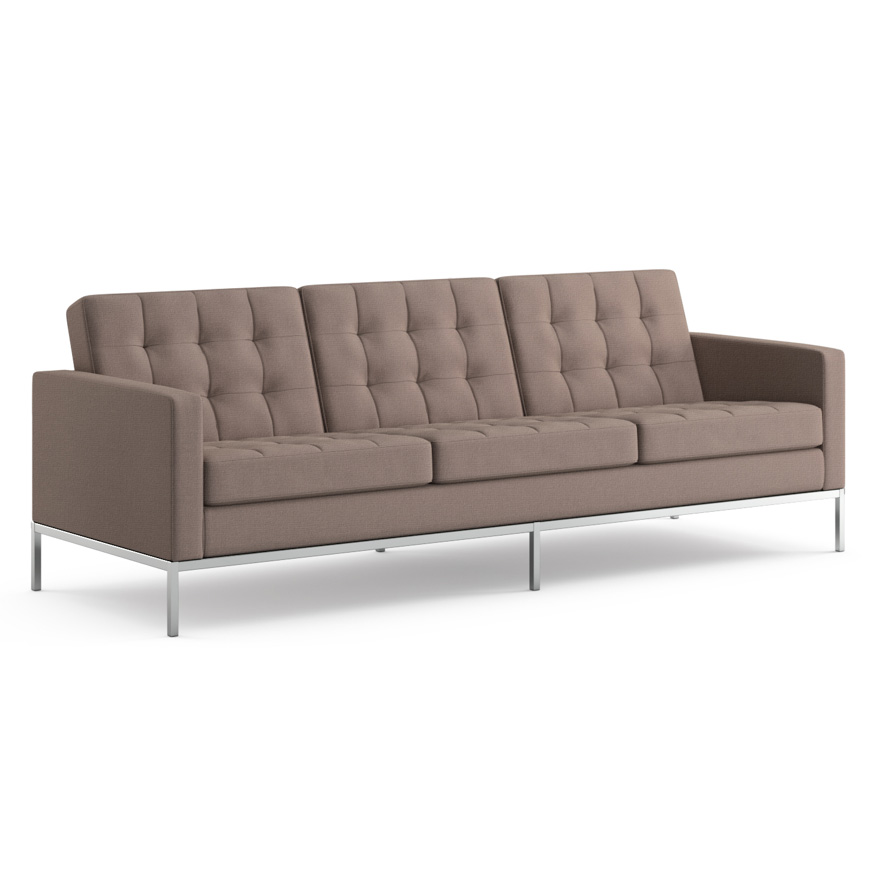 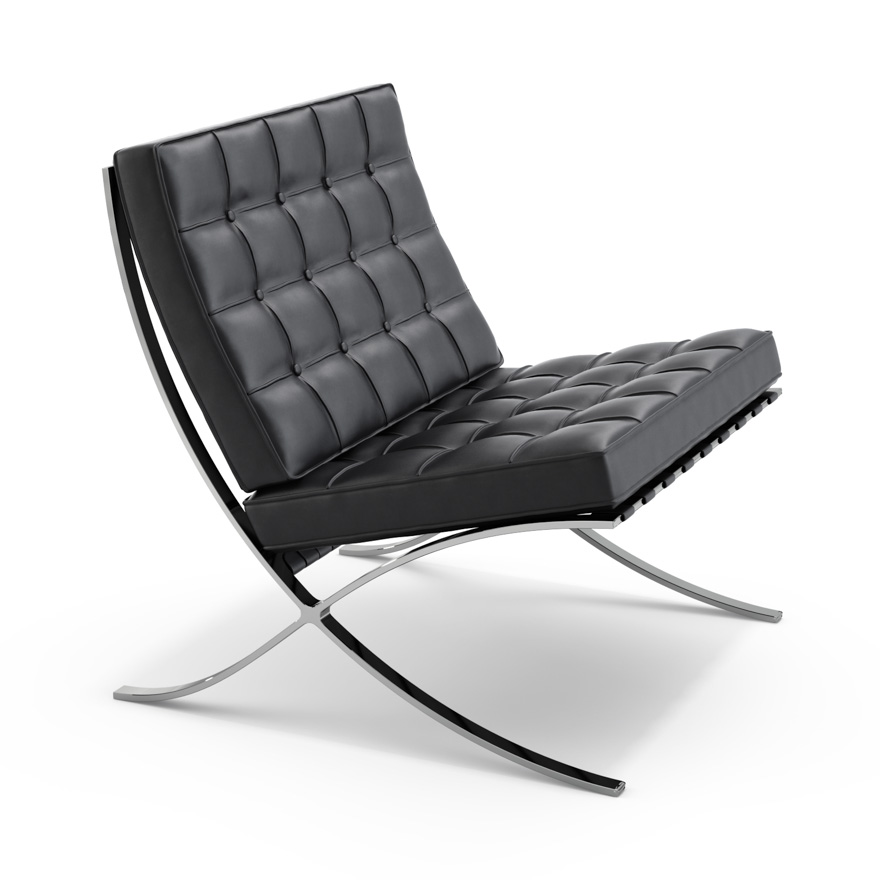 Thus, MCM homes tend to stress an elegant simplicity of design, and this is carried throughout the structure and its decorative elements.

Another goal is to improve the resident’s connection with nature.  These principles define the overarching aim of MCM Design.

These fundamental elements are essential to understand when discussing how Charley Harper’s art complements MCM design.

A first aspect to appreciate is that Charley was a young adult at the time of MCM ascendancy, and, following his military service, and just beginning his career as an illustrator.

He was coming of age as an artist while MCM was developing momentum, and at, perhaps, his most prolific during the 1950’s and 60’s, precisely the years MCM had the most impact on residential architecture and design.

It was also at this time, that Charley developed his own distinctive minimalist style, which he called ‘minimal realism’. The feature of this ‘minimal realism’ was the capturing of (only) the essence of a subject, without all the detail.

Charley’s most quotable line is probably that he was not concerned with counting feathers, but of counting only the wings, alluding to the minimalist nature of his designs.  So, similar to MCM’s abandonment of the detailed warmth and charm of Victorian design in favor of clean simple lines, Charley forsook detail and realism, choosing instead a geometric and uncluttered simplicity in his art.

Charley’s work is flat and hard edged, with simple geometric lines. The draftsman’s tools, of straight edge, compass, French curve and protractor were his instruments of creation.

So, we see a strong parallel between the design imperatives of MCM architecture and design, and Charley’s minimal realism. 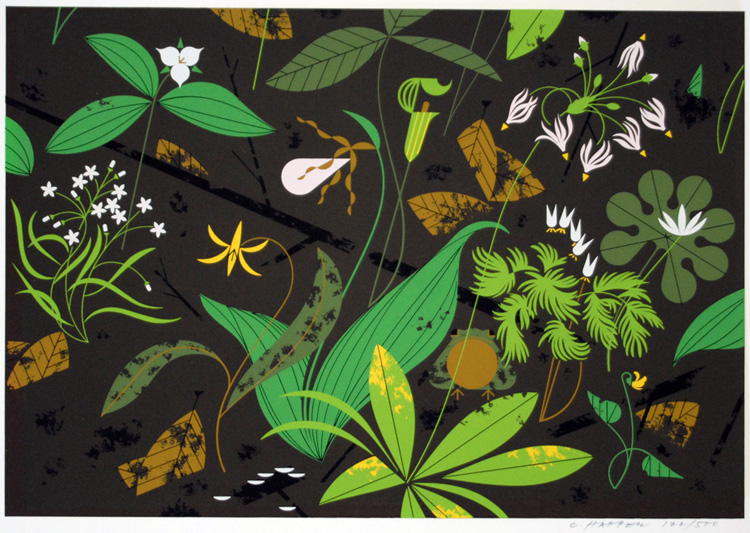 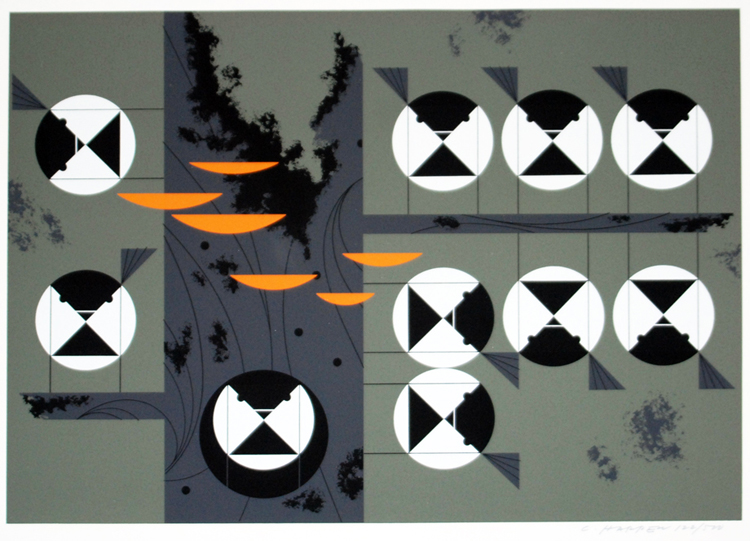 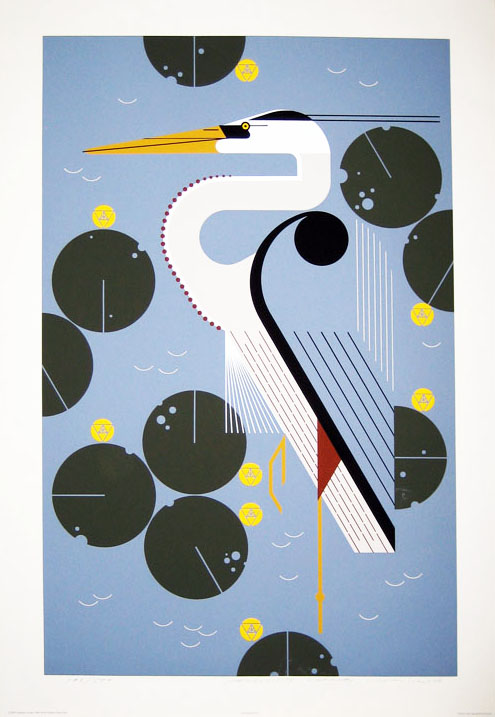 A second key aspect of Charley’s work, which complements MCM greatly, is his choice of subject matter.  A stated goal of MCM design is to enhance closeness to nature.   Charley’s work is focused squarely on birds, insects, and fish, and includes many other natural and animistic themes, such as Biodiversity and ecology, in general. Another alignment with MCM!

So, the minimalist nature of Charley’s work with its simple elegant lines and hard edges, its rich color palette and natural subjects is the perfect complement to MCM homes, design spaces, and furniture.  The principles of MCM and Minimal Realism intersect and complement each other to a great degree, and even more so when the art is focused on natural subjects.   As MCM continues to be appreciated, Charley’s distinctive designs will continue to grow in popularity for their appeal and simple elegance.